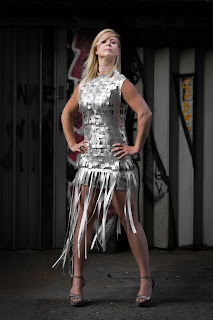 Having an unusual outfit to wear on stage always keeps me looking out for up and coming designers and the latest fashion.
Jolanta Pilinkaite is one of those that caught my eye just browsing through Instagram and her designs never disappoint.
This is the 4th time collaborating with her on a fashion shoot and gig, this time with photographer Dom Santoro.
Make sure to check out both of their works:

Make up by myself 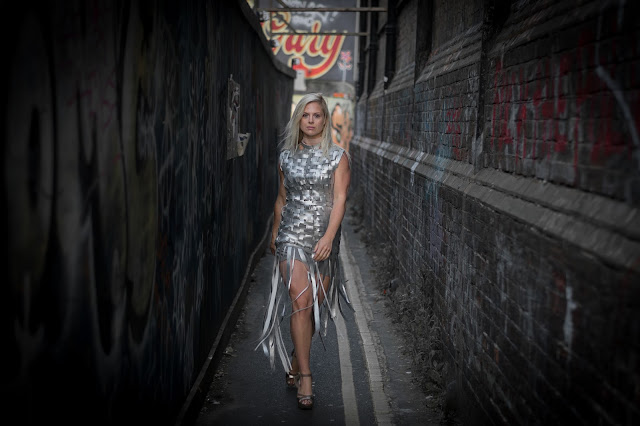 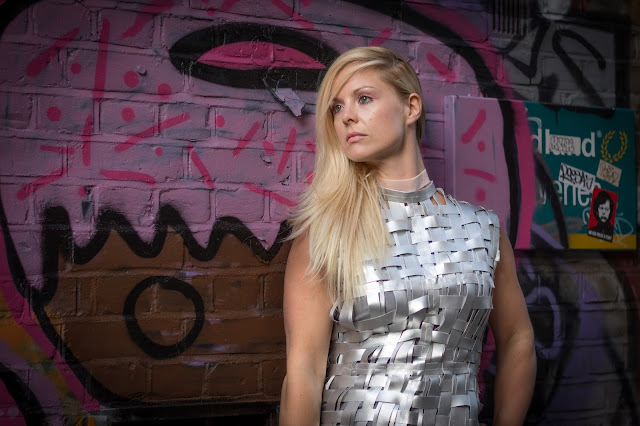 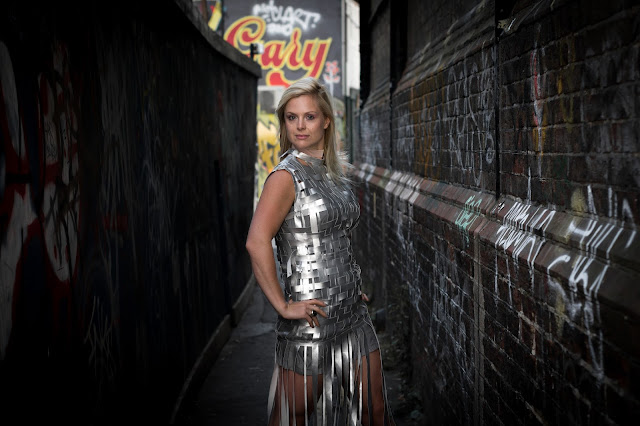 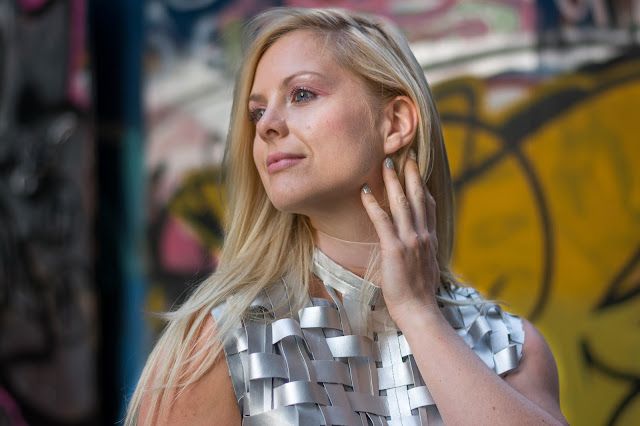 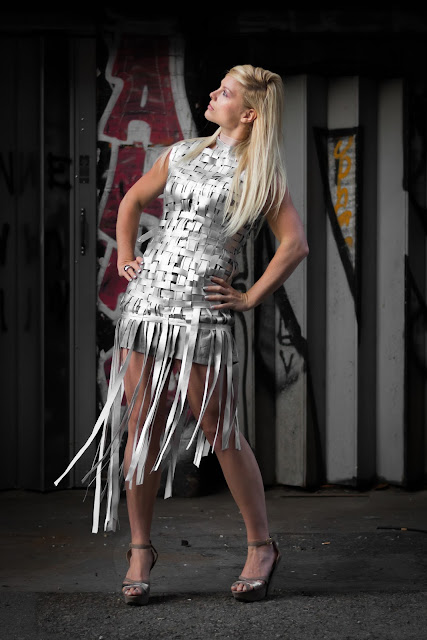 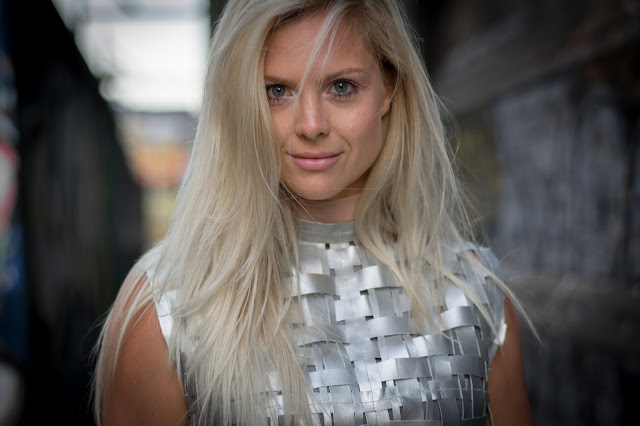 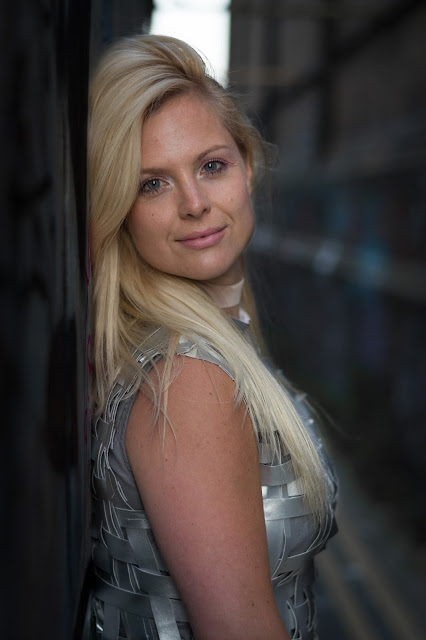 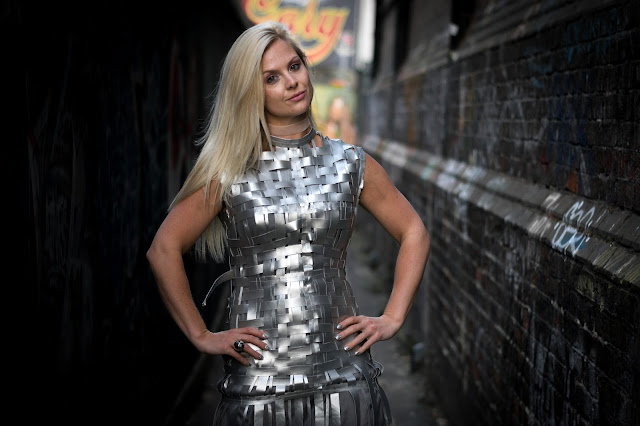 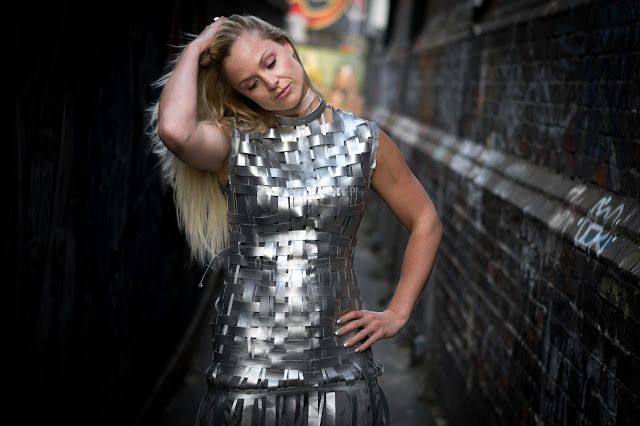 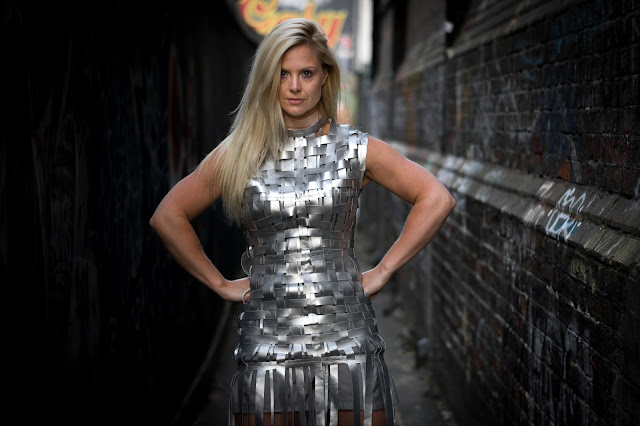 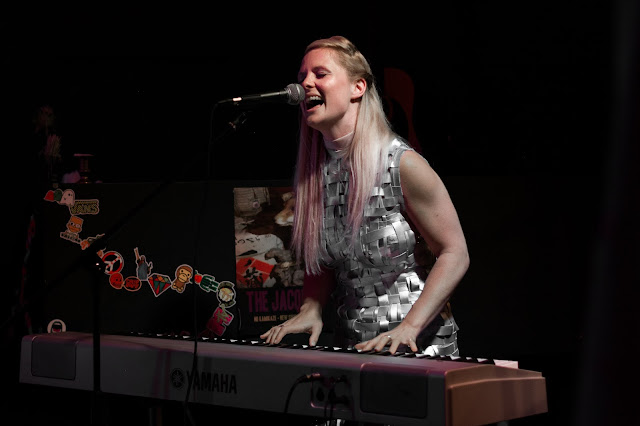 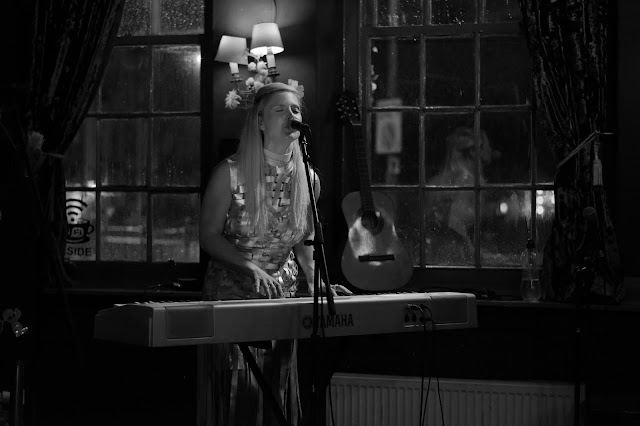 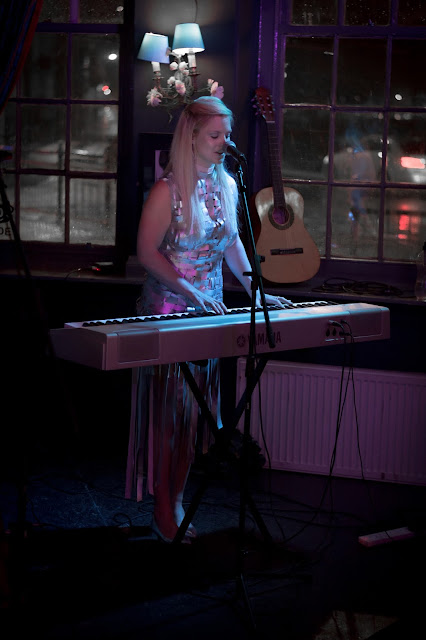 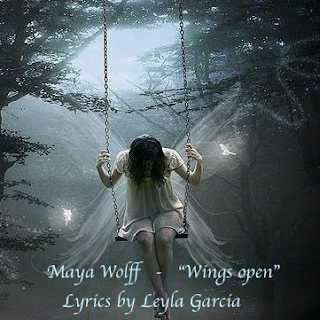 It's about time to put some more new music up. I've been collaborating across the world with a wonderful songwriter called Leyla Garcia. We've collaborated before on the track Stardust you can also downlaod for free from my Soundcloud.

Leyla sent me song lyrics over a year ago but it took a while for that moment of inspiration happen to write the music for it and find my voice for her. The words are beautifully written and I hope you can enjoy this little acoustic track, it's free to download so go get it!  https://soundcloud.com/mayawolff/maya-wolff-wings-open-lyrics-by-leyla-garcia-free-download

I'm also excited to announce that it will be played as an exclusive at Radio Stonata on Thursday 22nd June at 3.20pm GMT Time, you can listen live here: http://stonata.radio.net/

As always I'd love to hear what you think!

"The dream that I see
The colours I feel
Everything around me can change
Positivity is the key to believe as we leap across the universe
Galaxies of thoughts creating worlds meant to be
Flying freely into our destiny
Come on cause
WHAT IF WE, WHAT IF WE
So what if we can what we dream of
What are we waiting for"

Trance music is one of my biggest listenings pleasures and I'm excited to announce my first Trance release.  This collaboration between producer Fulgurant and myself is the perfect fusion of uplifting bright vocals and a hint of old school Trance with a catchy chorus that will stick in your head.
It will be released on Yeiskomp on the 2nd MAY.
It can already preordered on amazon, Juno etc.

You can listen to a preview on soundcloud: 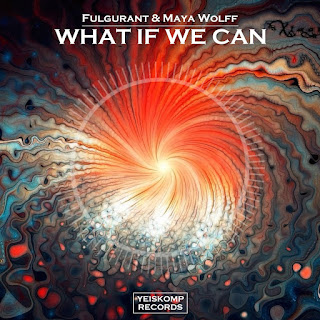 Or you can watch the full version on YouTube:

It's been almost a year and half since "Midnight Sun" hit the Top 40 DnB Beatport charts. Today we're releasing the follow up single "Just Be Mine", written by myself, produced by Stringtheorist and remixed by 1000DaysWasted.

It's more vocal heavy as well as bass heavy as the previous release and we're expecting this to top the previous one.
Stringtheorist and I tried out the original track around festivals last year and we're super happy 1000DaysWasted has joined us in our bass venture and made the track even bigger.

As always, every download counts and we're hoping to get this one charting again, so I'm calling on all you Wolfferines yet again, click the Beatport link and get your copy and lets make some waves in the DnB world.

Counting Blessings - A Look Back

Happy Friday to all you faithful readers of my blog!

With a new release coming out on the 27th March on Night45UK (all details announced next week), I wanted to have a little look back.
It's so easy getting frustrated being in the music business. I'm still not playing huge gigs, I'm still not a name people would just recognise, my music isn't played on massive stations....... YET...
But instead of focussing on my still unfulfilled, outstanding dreams, it's good once in a while to look back over all the little achievements over the years, especially as my first official release is pretty much exactly 4 years ago.

Join me on a little flashback journey.... (Click on the pics for music links!)

It all kicked off on the 26th March 2013 with a Dubstep collab with the very talented producer Lumpsum:

I also released my first official music video with it:

This release seemed to be what got the attention of producers and since I haven't been short of collaborations!

Next followed a Progressive House number in August 2013 and it's remixes in March 2014:

2014 started of with the EP release of Disco House single and remixes "If the Sky":

We also made a teaser video for this one:

Next up in April 2014 "Just While You Cry" came out, produced by then 13 year old producer Destyn, wich made that release so special! He took an acoustic 3/4 song I wrote and put a sick dubstep beat under it!

What followed was a bit more of a success in numbers - all the next releases have hit the Beatport charts, and this one below was even played by BBC Introducing! In June 2014, "Pay Off" with Headsrolls and Fully Charged made it up no No 46 in the Progressive House Charts!

Coming away from Progressive House, I followed up with a DnB single with 1000DaysWasted which got up to No38 in the DnB Beatport charts in October 2015. The release happening in 2 week will be the follow up to the single "Midnight Sun":

And last but not least and with the highest charting position at No 8 in the Dubstep Beatport charts only a few months ago before Christmas, the release on Philosophy Recordings "I can't see the ground" with Phaera:

A massive thank you to all the fans, every single one that has ever bought and listened to my music, for your constant encouragement to not ever give up on my dreams, to all the producers and amazing musicians I've been working with over the years, the radio stations, the blogs, my wonderful family and friends that help me keep pushing forward.

Winter isn't my most favourite or most productive time of year and I've really had to push myself to draw on my creativity concerning music. But winter is coming to an end and creativity is surfacing again. To mark the end of this time of year I've posted a new piano improvisation "The End and New Beginnings". 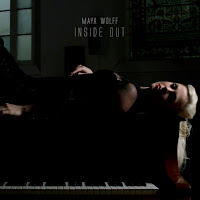 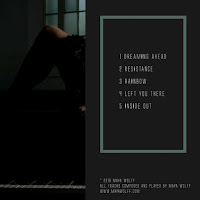 I had lots of lovely feedback from many of you, so I wanted to point you all in the direction of my official Piano EP I released last summer. I have exactly 8 hard copies left for £5 each (plus postage outside of the UK) if you'd like to get your hands on those last ones, you can email me on music@eximouk.com or order straight through https://mayawolff.bandcamp.com/album/inside-out 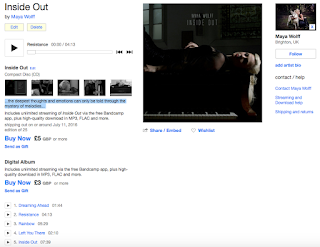 If CD is so last century for you, you can purchase your digital copy here https://mayawolff.bandcamp.com/album/inside-out (this platform makes me the most money) or go everywhere else for streaming/download e.g.

or search for "Maya Wolff Inside Out" on any other platform.

Hope you enjoy the piano music! And hear the new piece here:

Long time no speak. Around this time last year you might remember me putting my first fitness video up on youtube. Dance/Fitness has always been an existential part of my career, both in the performance as well as in the teaching world.

I have since released a few short video's but have now linked up with "Flex TV" that will run a series of workout video's I've been working on. The series is in 4 parts and apart from a great warm up workout you'll end up learning this routine:

Check out the my schedule for all online classes here: 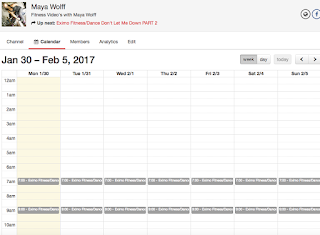 All you need to do to join in is, create an account with Flex TV - you get a whole 30 days free ( you can learn the whole routine in that time!) and it's only £4.99/month afterwards.

The great thing about this channel is that it will help you make time for your workout. It's way too easy to think you'll take time to put youtube on and do a workout and then you more than often don't get round to it.

This workout is set out like a class that you can do from home or even in your gym or outside, it's scheduled at certain times, if you miss is you have to wait for the next one.
But also, it is filmed like it is a class, lots of repeats for you to follow along. No stopping and rewinding needed but if you do feel you want to do the whole thing again you'll find the class repeated in the schedule.

As the first 30 days are free, you have nothing to lose!
Check out my channel and join me for some dance sessions: https://www.joinflex.tv/c/maya-wolff

Happy New Year
to all you wonderful followers, friends and music lovers! 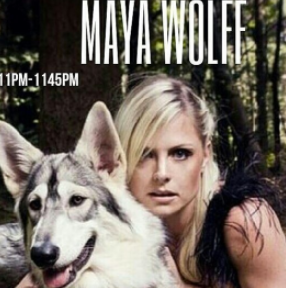 I hope you all had a great time celebrating the past year in anticipation of an amazing 2017 ahead!

I got to spend last night with some of my absolutely best and closest people in my life eating amazing food, dancing and partying.
This new year is already making me feel really excited and super positive about the weeks and months to come.

If you're a follower in the USA you're gonna love this announcement: 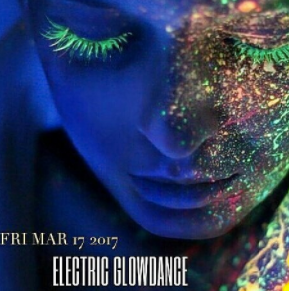 I've been booked to play Electric Glowdance in Seattle and another show in LA in March! After playing gigs in the UK and Europe last year I'm excited to be back in America!


Tickets for the Seattle show are on sale already so make sure you get yours to avoid disappointment: http://www.eventcreate.com/electric-glowdance

Details for the LA show TBC!

Please have a look at my 2017 performance trailer to get a sneak peak and if you are a promoter/work for festivals,night clubs etc. I'd love to book in more shows especially while I'm out in the USA but also in the rest of the world of course!
https://www.youtube.com/watch?v=HxlIYPfZBUY